From the start, Elisabeth rejected this life, criticising the structures of the court and refusing to accept the justification for the rigid etiquette that prevailed there.

As the day of departure from her beloved home drew nearer, Elisabeth became increasingly subdued and ill-at-ease. At the ball given on the eve of her departure in Munich all eyes were upon her, a situation to which she would from now on have to become accustomed. The emperor’s bride wore an elaborate crinoline gown that has been preserved and is on display in replica in the museum. Arabic characters decorate the skirt and stole. They translate as: ‘Oh my Lord, what a beautiful dream’, but for Elisabeth life at court was a nightmare rather than a dream. Her marriage placed her at the summit of court hierarchy, and from then on her life was determined by strict protocol.

From the start, Elisabeth rejected this life, criticising the structures of the court and refusing to accept the justification for the rigid etiquette that prevailed there. The Viennese aristocracy were critical of Elisabeth’s attitude, but she was also the object of public veneration when she performed her official duties as empress. The official state portraits of the empress show her in the prime of her beauty.

The painting by Franz Xaver Winterhalter shows the 28-year old empress wearing a gown sewn with diamond stars matching the diamond stars in her hair. Created by the famous Parisian couturier Charles Frederic Worth, this dress made Elisabeth’s beauty famous the world over. Georg Raab painted the empress at the age of thirty in the Hungarian coronation robes on the occasion of her coronation as Queen of Hungary in 1867.

For this occasion she wore a silver brocade gown trimmed with lace and a midnight blue velvet bodice with pearl lacing, again a creation by Worth, its design based on traditional Hungarian costume. A reconstruction of this gown has been made on the basis of contemporary photographs and after the painting of Raab and can be admired in all its splendour in the museum. 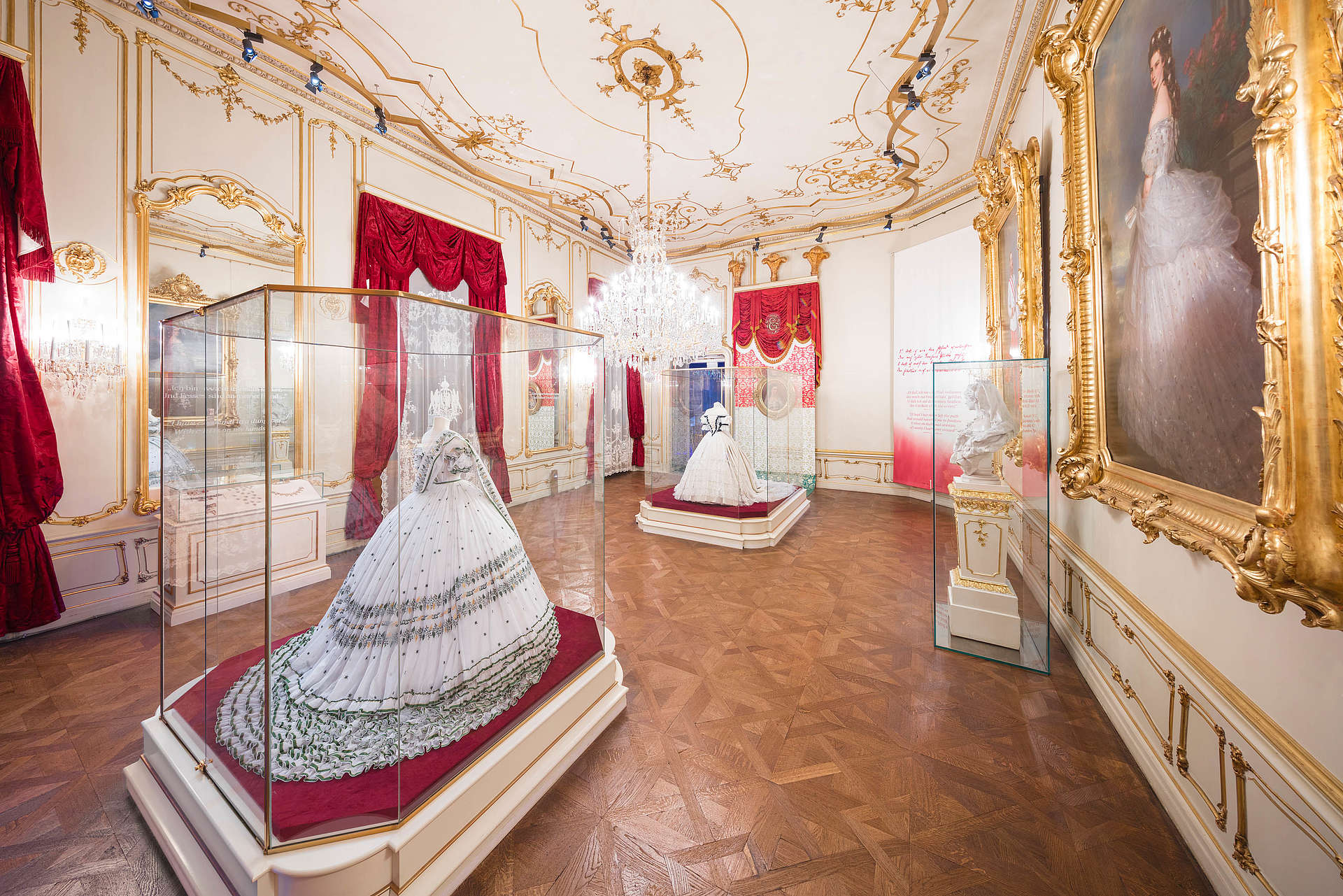 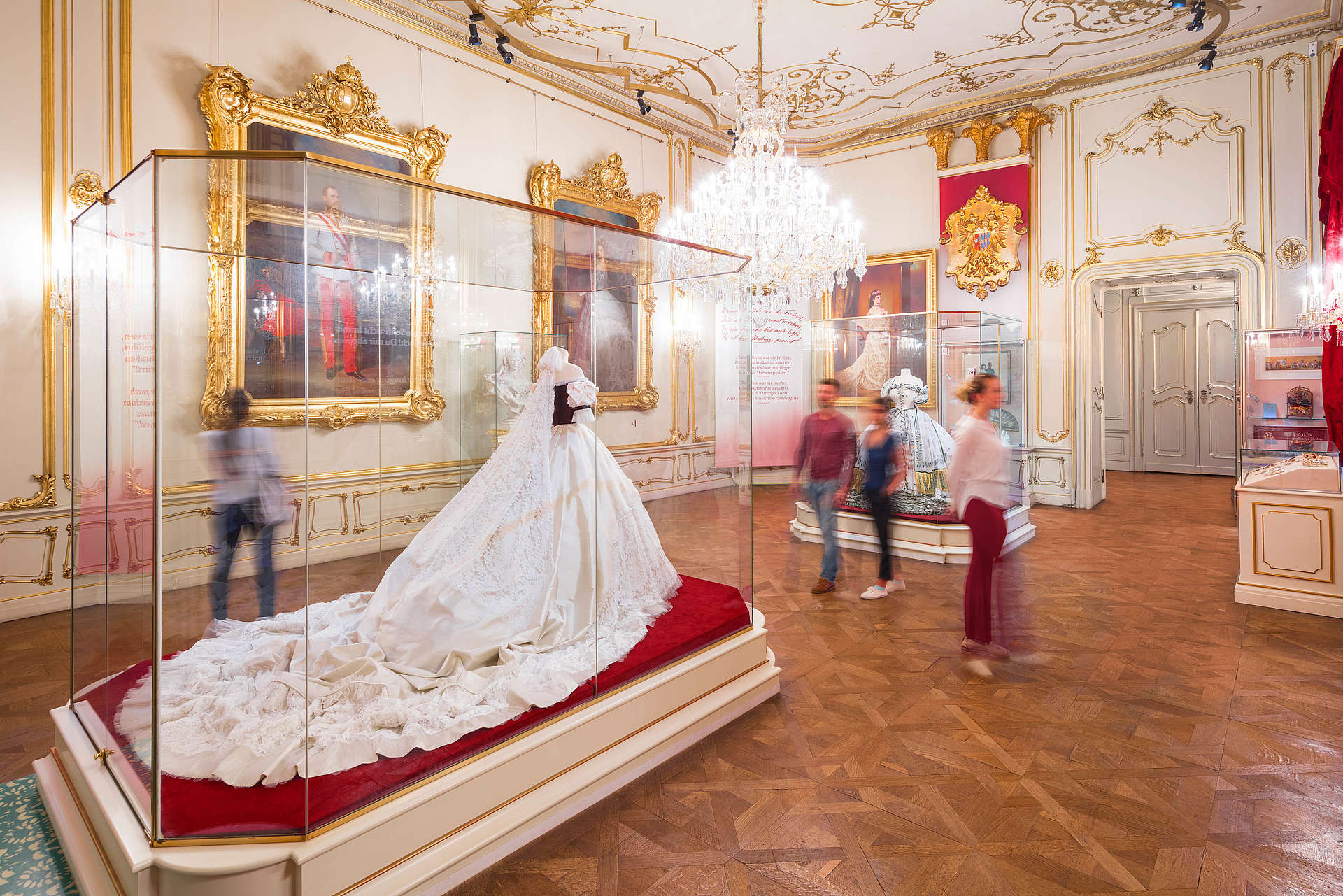 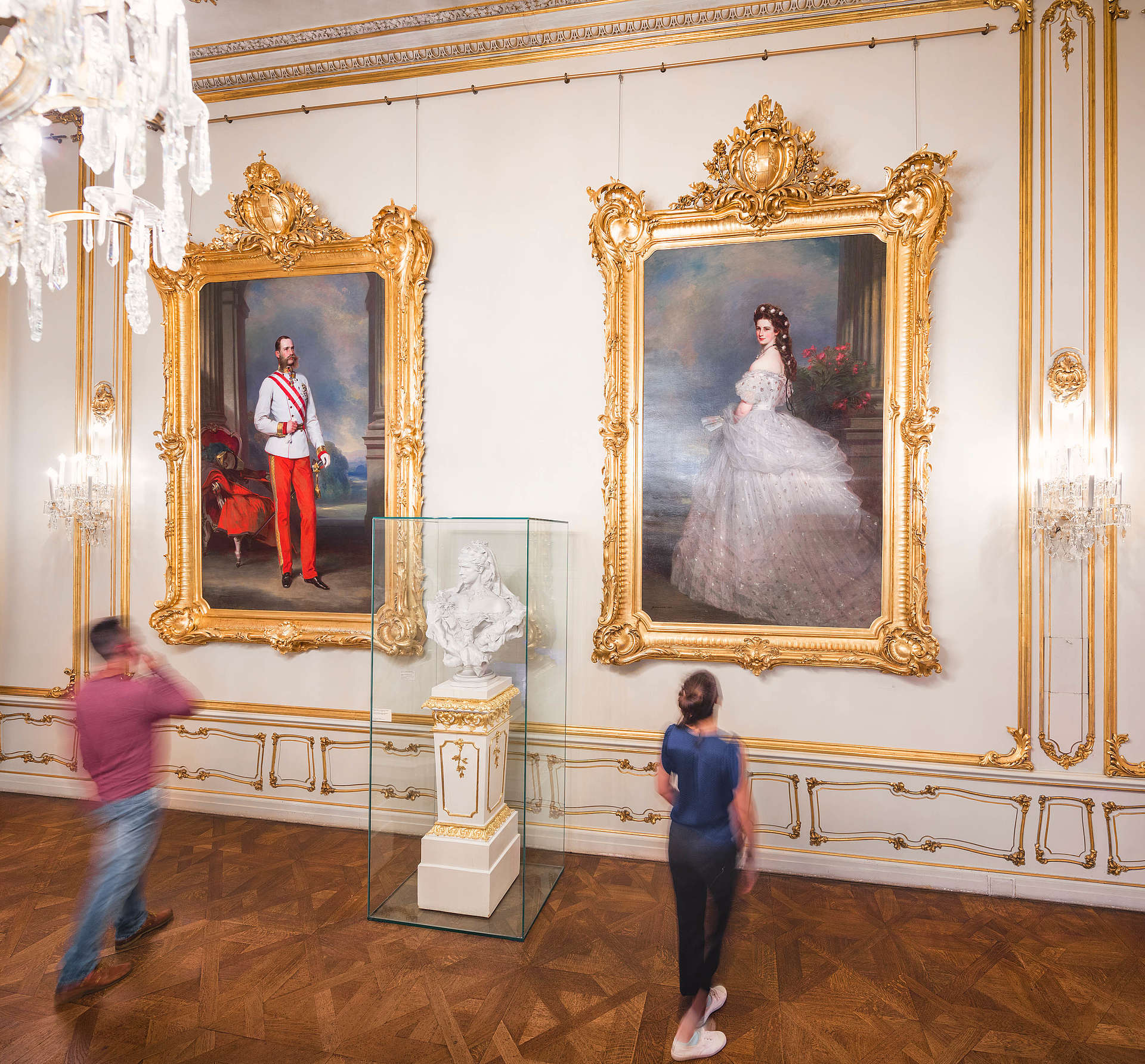 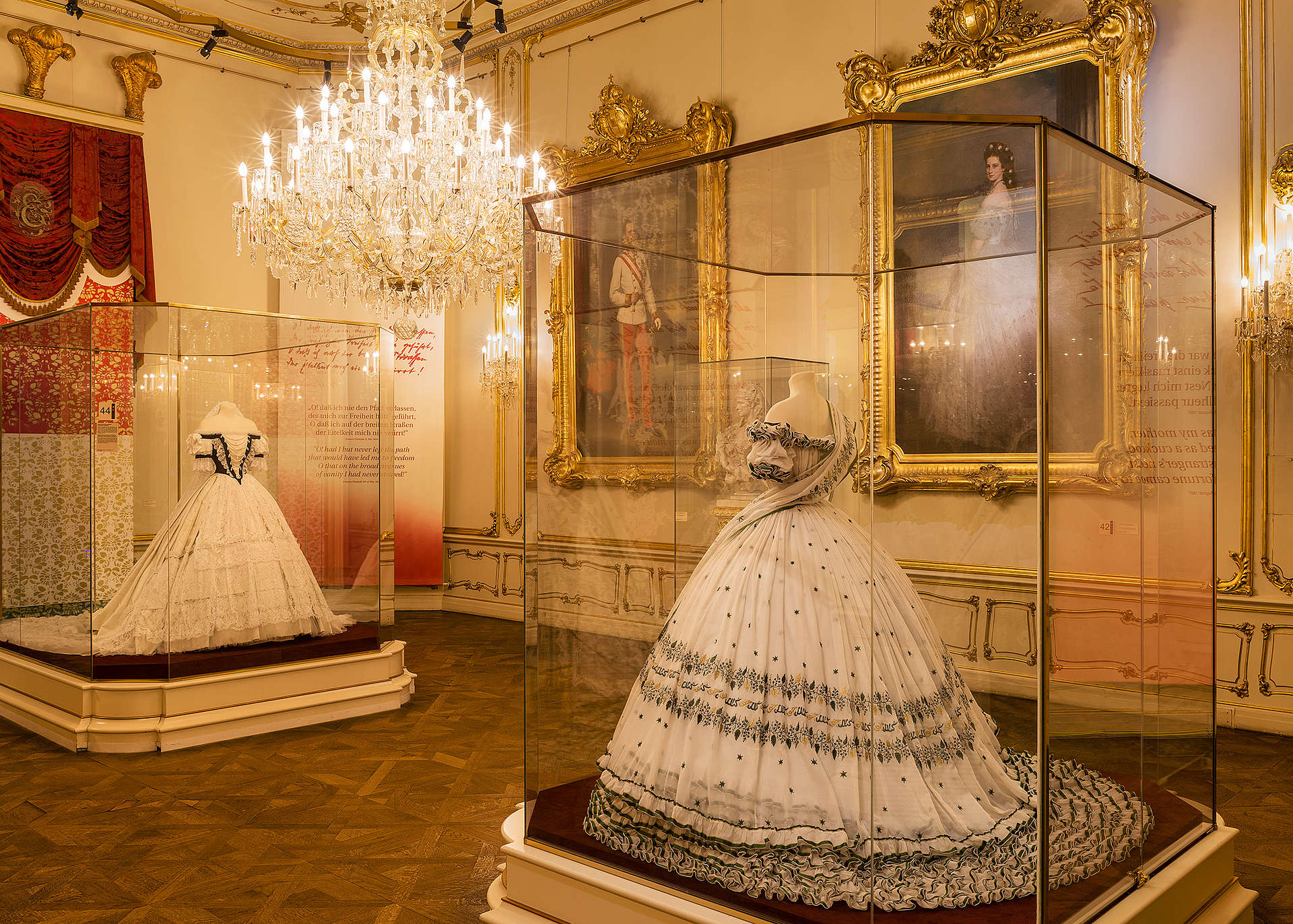 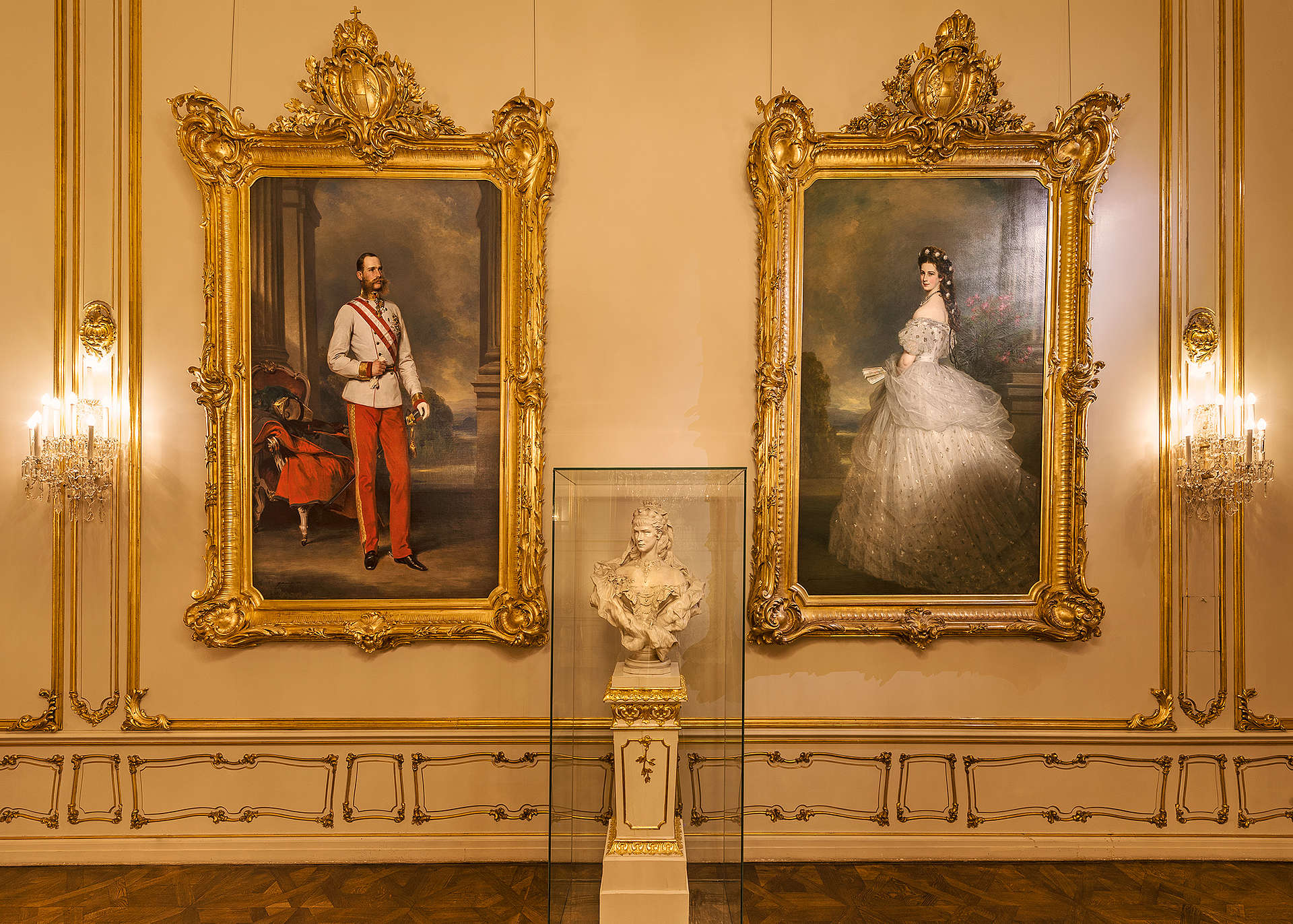 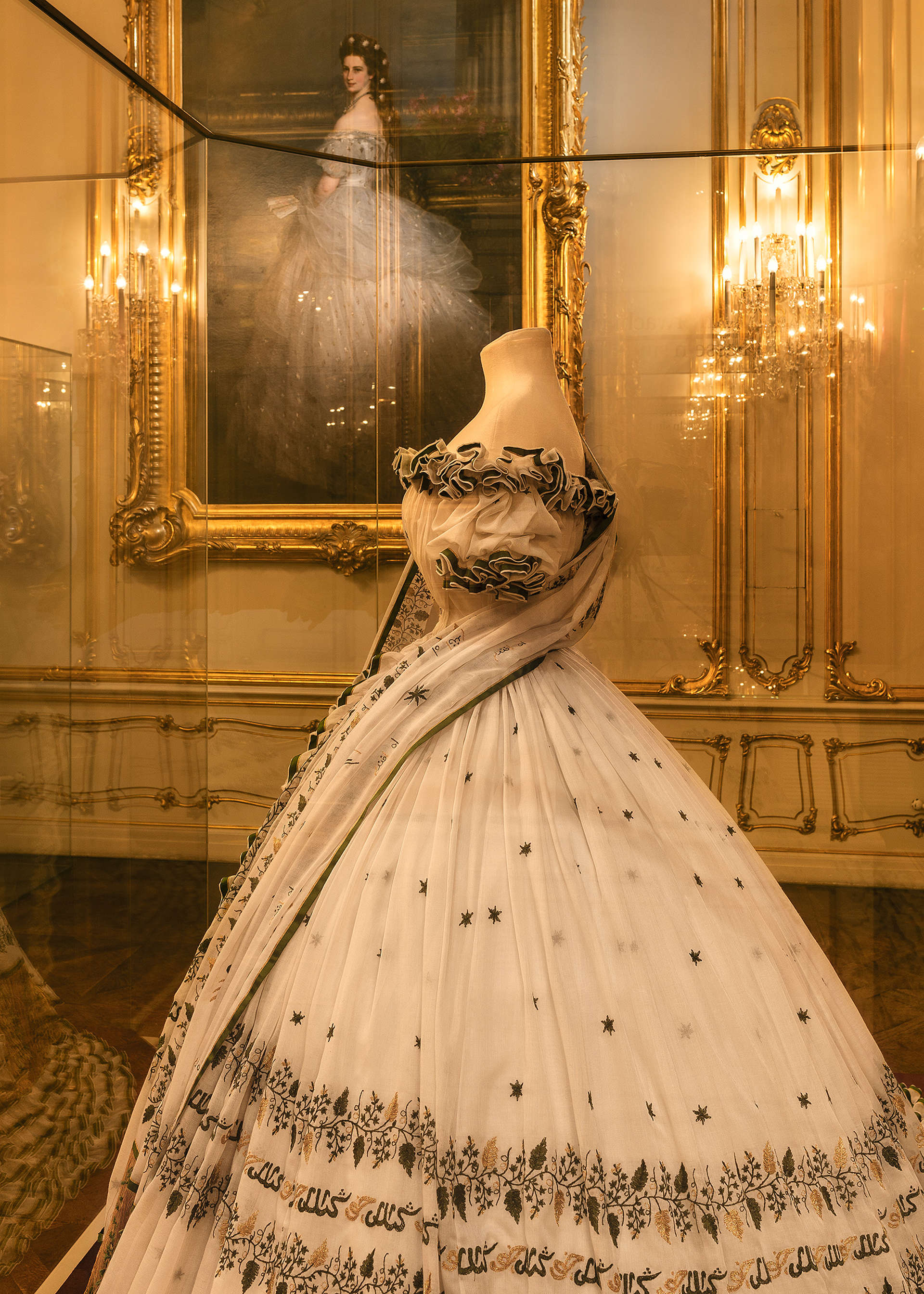 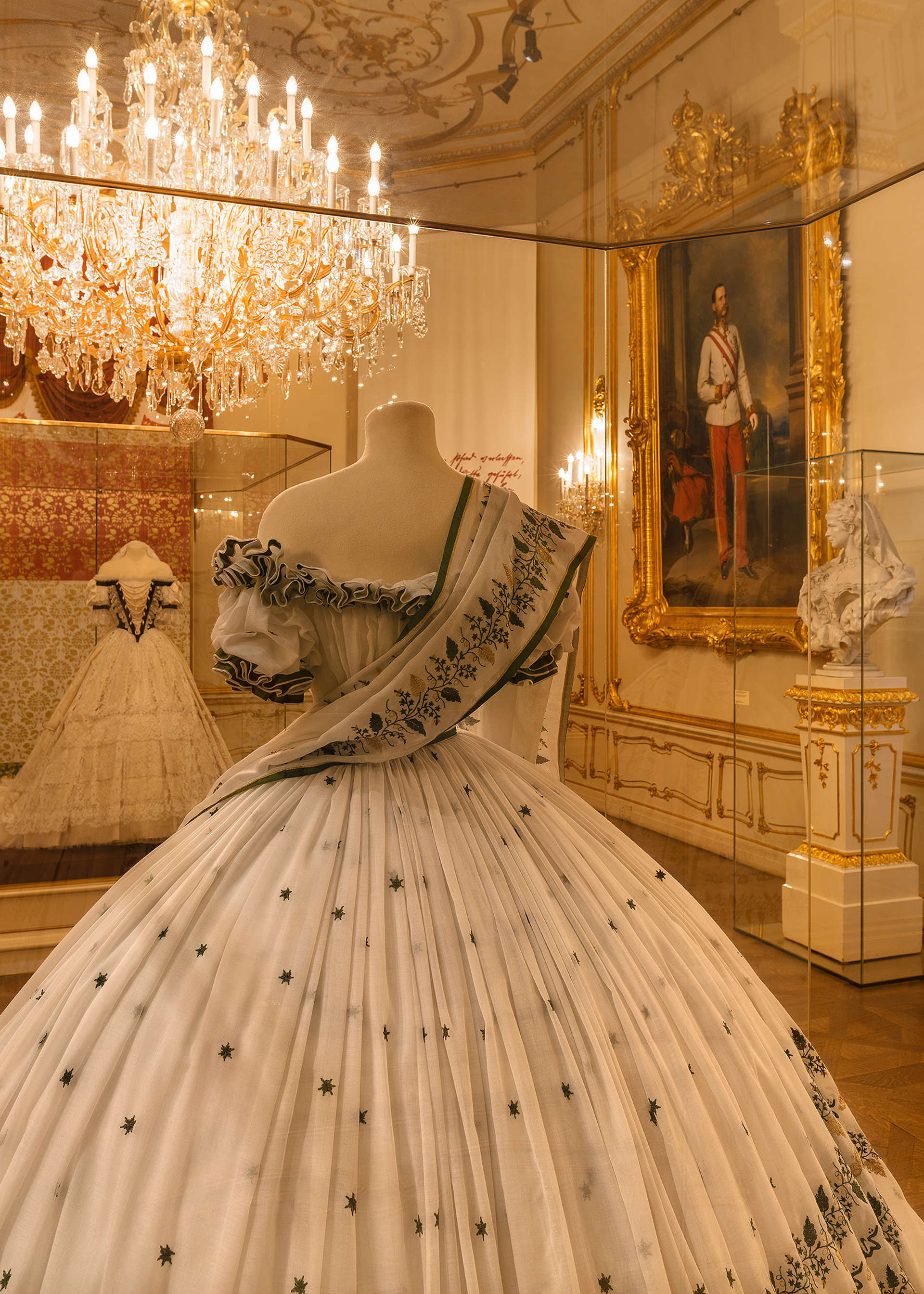 1879 Georg Raab portraied the empress to mark the couple’s silver wedding anniversary, a portrait in which she wears a ruby parure. The last likeness for which the empress sat personally is a bust by the sculptor Victor Tilgner, also executed in 1879.

1879 Georg Raab portraied the empress to mark the couple’s silver wedding anniversary, a portrait in which she wears a ruby parure. The last likeness for which the empress sat personally is a bust by the sculptor Victor Tilgner, also executed in 1879.