Having put immense pressure on the emperor during the negotiations with Hungary for the Compromise, Elisabeth was forbidden by her husband to interfere in politics ever again.

Consequently Elisabeth withdrew from the court and began to lead her own life according to her inclinations. She now spent hours on riding and dressage, composed verses in the style of the German poet Heinrich Heine and travelled frequently. In her apartment she had gymnastic apparatus set up and performed a strenuous daily programme of exercises, thereby scandalising the court.

She spent hours each day in efforts to preserve her legendary beauty. Her most striking feature was her thick, ankle-length hair, the care of which required enormous expenditure of time. Franziska Feifalik, the empress’s personal hairdresser, skilfully contrived ingenious hairstyles, including the famous braided crown. During the two hours it took to comb out and style her hair, the empress studied languages, in particular Ancient and Modern Greek with her tutor Constantin Christomanos.

Every fortnight her hair was washed with special concoctions of egg yolk and cognac. Many of the cosmetics used by the empress were made for her to specific recipes by the Court Pharmacy. She liked to take warm olive oil baths and had her limbs wrapped in compresses soaked in various substances to tauten the skin. When she travelled, she took goats and even cows with her so that she could be sure of supplies of fresh milk at all times.

Many of her contemporaries regarded this life as eccentric. After the tragic suicide of her son Rudolf in 1889 the empress only appeared in mourning on official occasions in the lands of the Monarchy and retreated into her grief. From then on mourning jewellery replaced the jewels and gemstones she had once worn and which she now gave away to her daughters and grandchildren. Black beads of glass or jet (polished lignite) now served the Empress of Austria as jewellery. Black veils and fans completed the image of the grieving, withdrawn woman. The empress became increasingly restless and began to travel incessantly. Extended sea voyages on the imperial yachts now dominated Elisabeth’s life.

When the empress travelled by sea, the yacht’s quarterdeck, where she spent most of her time, was screened with an awning. On board Elisabeth lived a simple life, receiving no guests of state and holding no official dinners. On the deck of her yacht Miramar she had a glass pavilion erected so that she could observe the sea whatever the weather. When storms raged she even had herself tied to a chair so that she could watch the spectacle of nature, while her companions were often laid low with seasickness.

She sailed in the Atlantic, the Mediterranean and along the Greek coastline, where one of her favourite destinations was the island of Corfu. Here she had the Achilleion built, a palatial villa in Pompeian style named after Achilles, her favourite hero from Greek mythology. All the objects acquired for the Achilleion were marked with a crowned dolphin. However, although the empress enthused about Corfu in a letter to her husband in 1888, describing it as an ‘ideal abode’, as soon as the villa was completed she lost interest in it and put it up for sale. In 1897 an estate agency was entrusted with the commission to dispose of the Achilleion. The majority of the furniture was brought to Vienna and put in the Hermes Villa. After the death of the empress in 1898 her daughter Gisela inherited the Achilleion, eventually selling it to the German emperor Wilhelm II in 1907.

The empress was also fond of travelling by train. In 1873 the Austrian railway companies decided to have a set of coaches made as a gift to the empress. Consisting of a saloon car and a sleeping car, it was placed at Elisabeth’s disposal. The coaches were equipped with electric lighting, a steam heating system and a lavatory. To ensure that that they could be used without problems on lines in neighbouring countries, the coaches were, for example, fitted with retractable steps to comply with the narrower loading gauge in Italy. The appointment of the interiors was intended to be stylish but simple, restful on the eye and to avoid any ornateness. The empress’s sleeping car has been preserved and is on display at the Technisches Museum in Vienna, where visitors can view the interior through the windows. 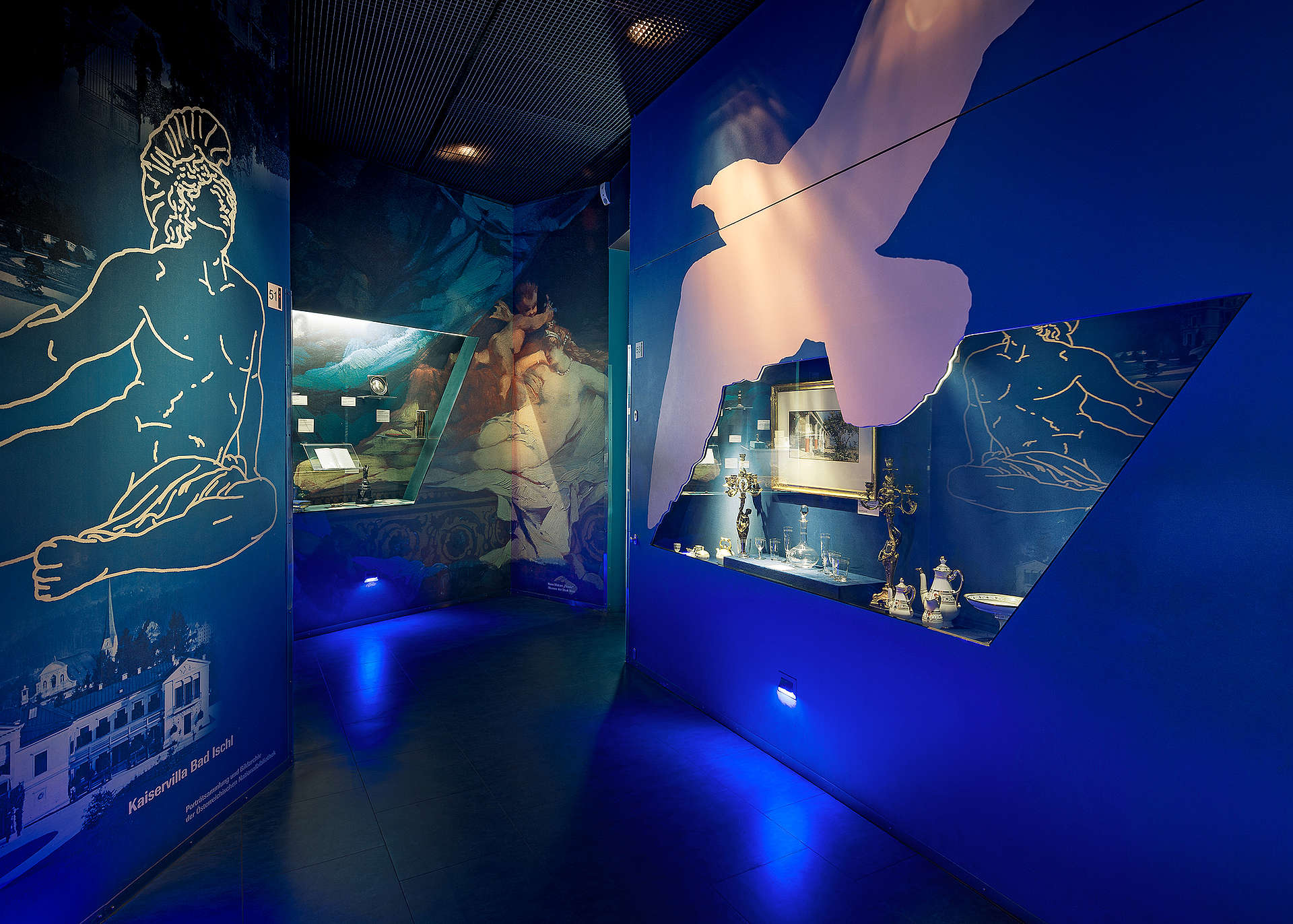 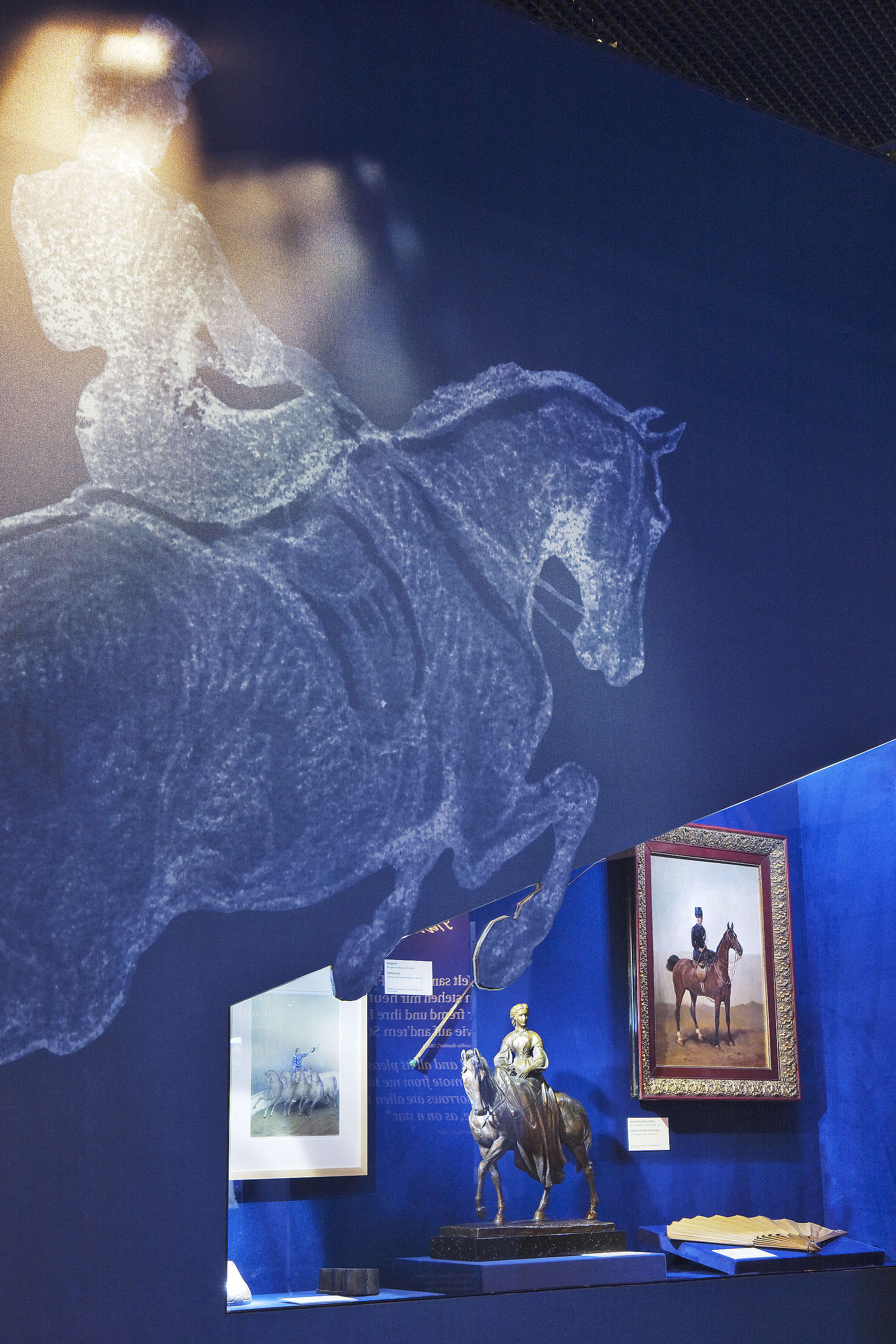 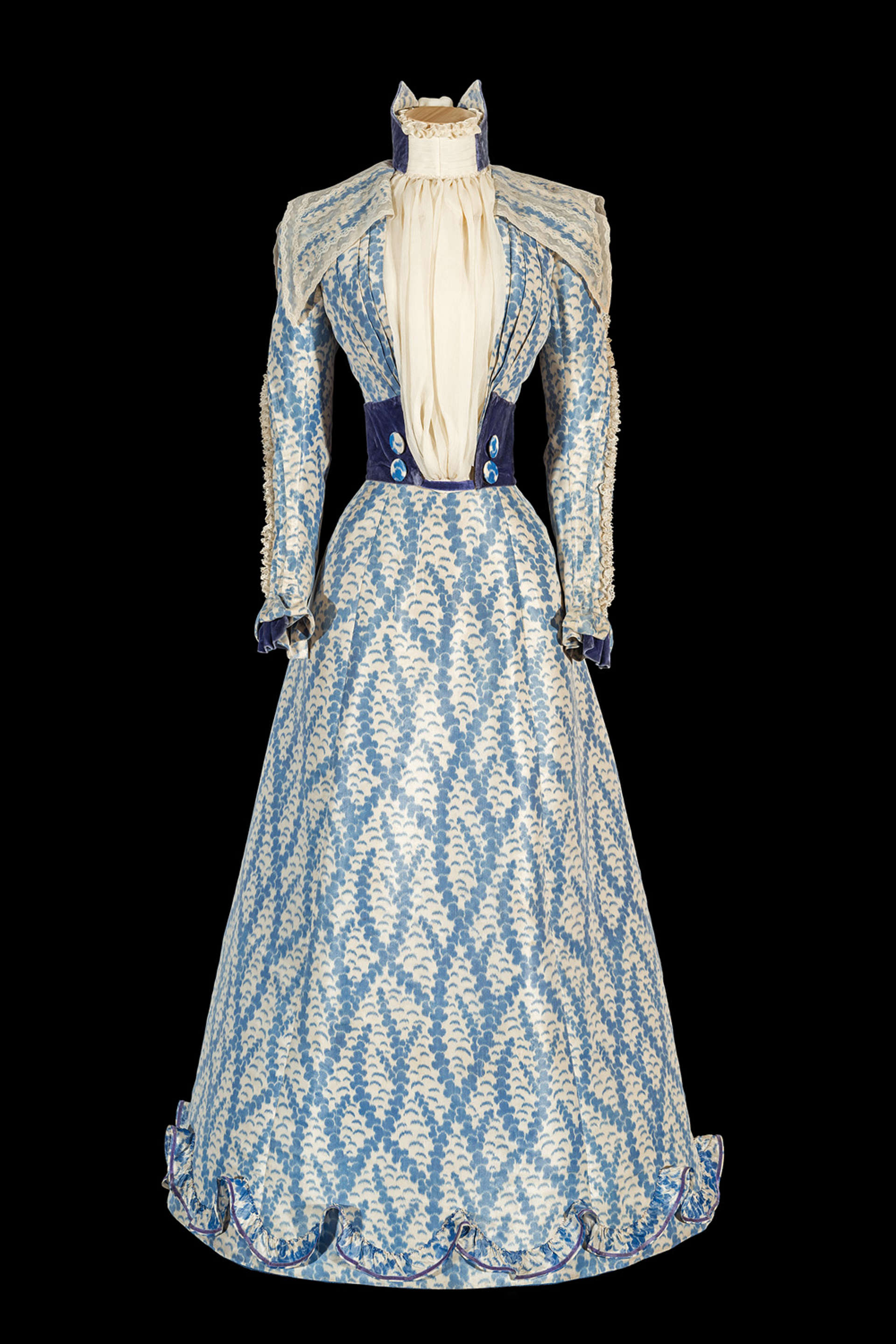 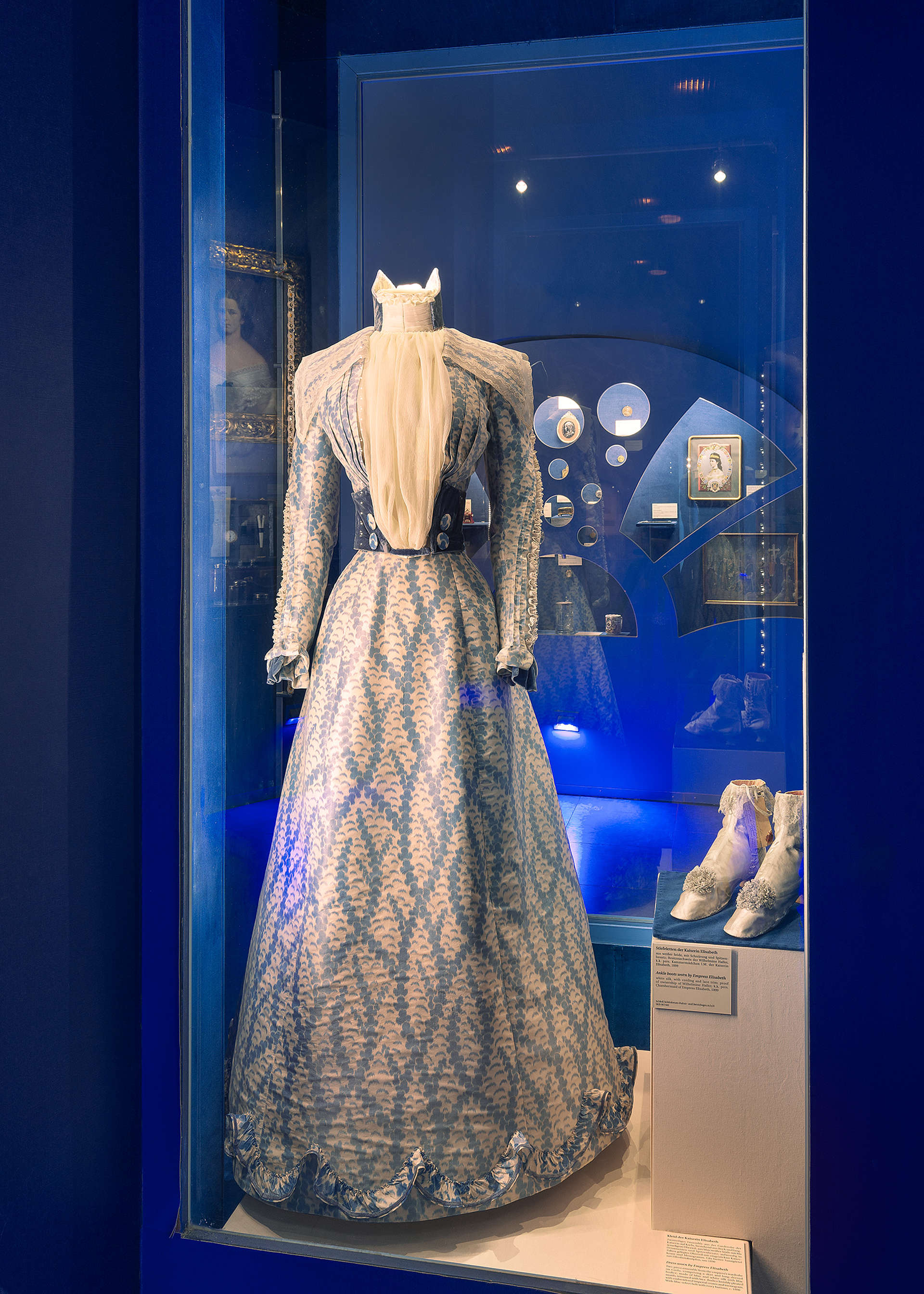 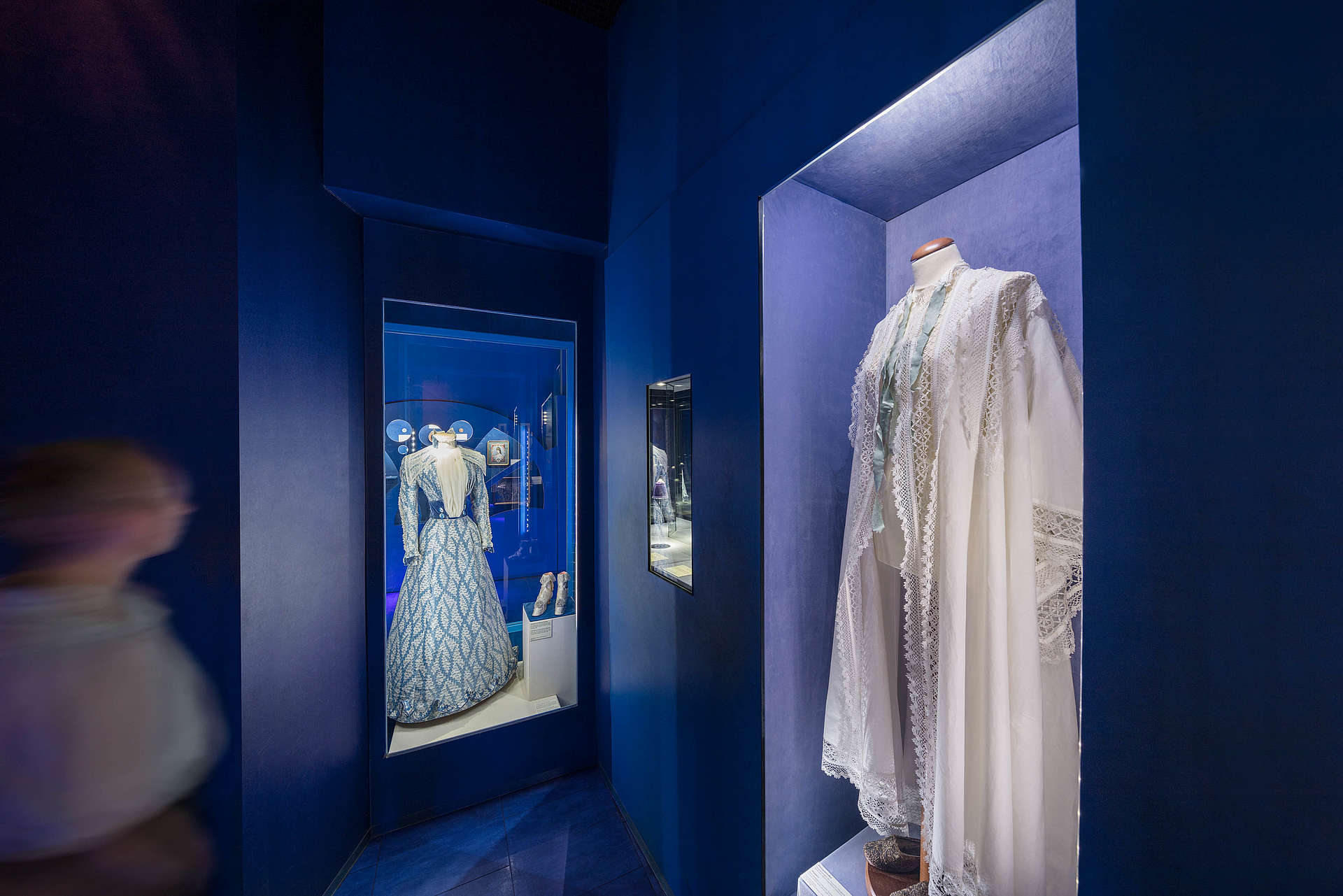 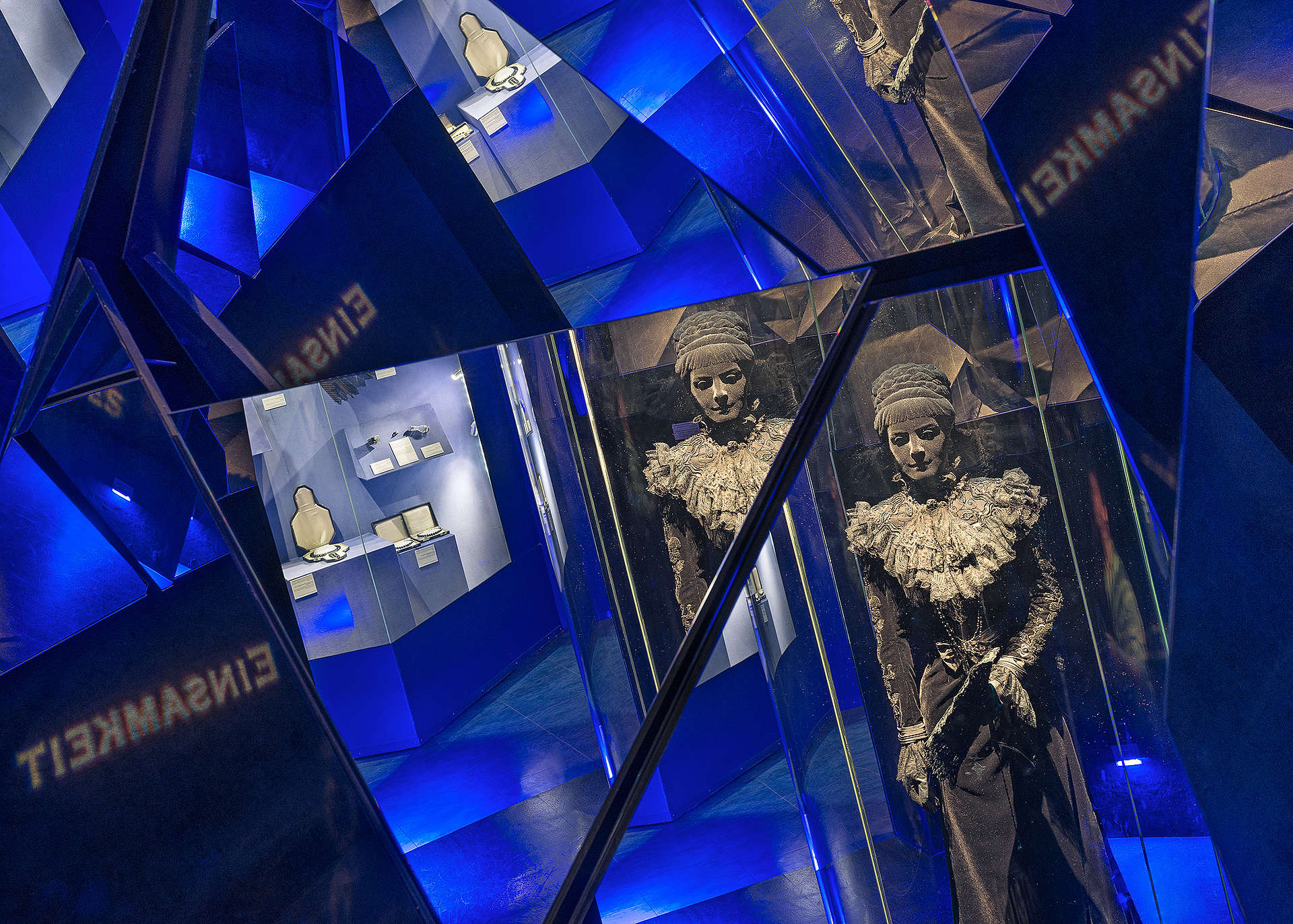 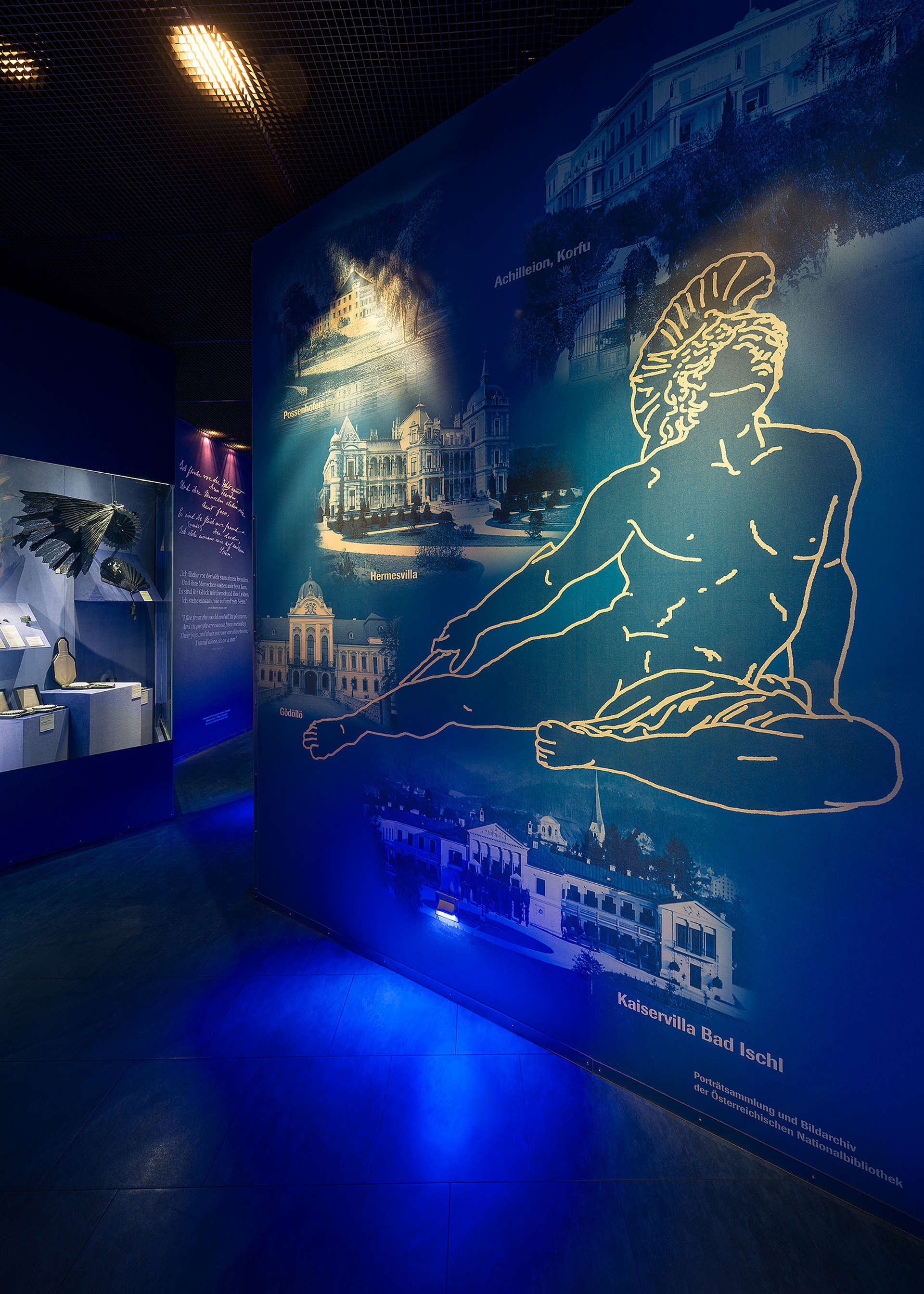 In order to allow visitors to the Sisi Museum to experience the empress’s sleeping car at first hand, a part of the sleeping car has been constructed which can be explored during a tour of the museum.

In order to allow visitors to the Sisi Museum to experience the empress’s sleeping car at first hand, a part of the sleeping car has been constructed which can be explored during a tour of the museum.