This room was used for the ministerial conferences which were always chaired by the emperor. It could also be entered from the room occupied by the duty aide-de-camp, who announced the presence of the ministers to the emperor.

The portrait painting on the rear wall shows Franz Joseph at the age of twenty, while the bust below it represents his mother, Archduchess Sophie, who remained steadfastly at his side as political advisor and confidante for as long as she lived. Thanks to her strong personality and political ambition she ensured that her husband Franz Karl renounced the throne in favour of their son, who became emperor in 1848. The eighteen-year-old monarch was confronted with a difficult political situation, particularly in Hungary, where there were widespread uprisings and unrest.

The two large paintings depict battle scenes from the Hungarian revolution of 1849: the Battle of Temesvar, which brought about the decisive victory for the young emperor, and the Battle of Komorn, at which Hungarian resistance was finally crushed.
Relations with Hungary did not improve until the Compromise of 1867, which reinstated the old Hungarian constitution. As a consequence, Franz Joseph and Elisabeth, who had made a considerable contribution to this development, were crowned King and Queen of Hungary.

The bust on the right at the back of the room represents Field Marshal Johann Joseph Wenzel Anton Franz Karl Graf von Radetzky von Radetz, with whom Franz Joseph, who had not received any general staff training, experienced his baptism of fire in 1848 at the Battle of Santa Lucia near Verona, at which the Austrian army was victorious. The 82-year-old field marshal also achieved great military successes in the crushing of the uprising of the Italian provinces in 1849, thus saving the throne. Emperor Franz Joseph was eternally grateful to Radetzky and placed an apartment in the Schweizertrakt of the Hofburg at his disposal.

Behind the Conference Room

Immediately behind the Conference Room is the emperor’s uniform dressing room. Even in the early years of his reign, Franz Joseph owned a remarkable range of uniforms of different kinds, and the collection increased considerably over the years. The upkeep and care of these splendid items was the responsibility of the emperor’s personal valet-de-chambre, Eugen Ketterl, who also assembled the various parts of the uniforms and laid them out for the emperor to put on. Franz Joseph greatly appreciated Ketterl’s attentions and gave instructions that no other valet was to be allowed to touch his foreign uniforms. Whenever the emperor was to receive high-ranking foreign visitors he wore the uniform of their country as a mark of courtesy. 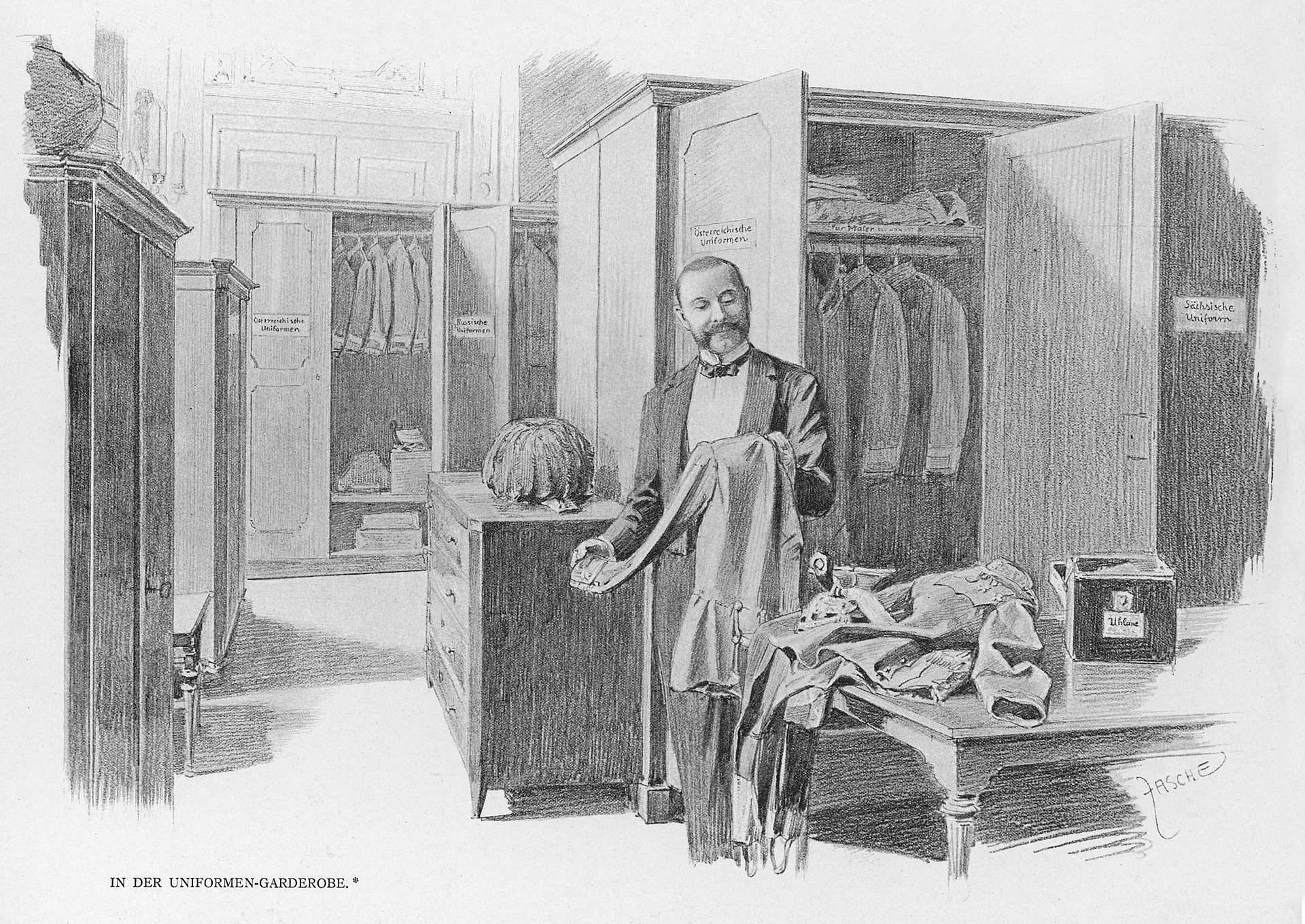 Here you can review and adjust the cookie settings used on the domain. Please note that we also provide cookies from US companies. If you allow these cookies, you are also consenting to possible processing of your personal data collected via these cookies in the USA (Art. 49(1)(a) GDPR).

This is relevant to the extent that, based on recent official decisions as well as case law of the Court of Justice of the European Union, the USA is evidenced as not having an adequate level of data protection (Case C-311/18, Schrems II). Here, it should be borne in mind that access by US authorities (FISA 0702) is not comprehensively restricted by law and does not require the approval of an independent body, and that no relevant legal remedies are available to data subjects in the event of infringements.

If you do not wish this to happen, please accept only necessary cookies.